How is it already November January!?

Apparently I forgot to post this update, so I will do my best to fly through and catch up to today!

The past few several months have been a whirlwind. I have had several “pinch me” moments, and have been pretty overwhelmed with moments of reflection and gratitude.


First things first, the second infusion went very well. No allergic reaction this time. To clarify a statement from my last update, I have always received the Solu-Medrol prior to infusions. The difference was the IV Benadryl versus oral, which made a huge difference.

I was a little tired and “sluggish” feeling for about 4 weeks after the 2nd infusion, but still leaps and bounds ahead of where I was after my very first 2 rounds in December 2015. I was still able to be active, I just got a little more tired at the end of the day and needed a few naps here and there.

I was able to rally and join my Fit Girls Guide “Fit Sisters” for a fun 5K in Chicago the first week in October! I walked the race and felt so great to be there with the friends that I have made during my journey back to health.

It was after the 5K while dancing in Lincoln Park in the rain that it occurred to me that the first week in October of 2015, was when I had reached my greatest low with my flare, the prednisone, and just feeling like I was wasting away.  Looking around I saw the women who have been cheering me on as I first sat down on my stationary recumbent bicycle and could only pedal for 3-5 minutes back in January 2016, and now we were all together, walking, dancing, laughing and having the time of our lives! I caught myself stopping to take it all in, and felt my eyes well up with tears more than once. It was amazing.
In a year’s time, I officially lost the 30+ pounds that I gained in the three months that I was on prednisone, and thanks to the Rituxan infusions that I have received, I feel better than I have in 10 years. You read that correctly. TEN YEARS! That is when my Dermatomyositis symptoms first appeared, however it would be another 4 years before I was diagnosed.

I can now run errands, have fun with friends and exercise! Yes, I do have the occasional set-back, and it does happen; but the bounce-back time is much shorter, and I am now well equipped with the tools (both self-care and medicinal) to get myself back on track in a shorter amount of time. I’m still getting pretty wiped out in the evenings, but hey – if that is what it takes to feel great during the day, I’ll take it!

After being in Chicago, I did get “The Cold” that seemed to affect everyone in the entire universe at the time. For me, with a weakened immune-system, it did take me about 5 weeks to get better. I went through a 3 day prednisone burst and a Z Pac, but it just needed to run an extra-long course with me. Thankfully, it’s gone now! <knock on wood>


My rheumatologist, Dr. Grandits retired at the end of 2016, and I couldn’t be happier for her. She busted her buns for her patients and I am so grateful for the time that I had her as my doctor. Her retirement is very much deserved.

Before Dr. Grandits retired, we decided to have me try a drug called Cyclosporine. This drug can be hard on your kidneys and blood pressure, so you need to be closely monitored while taking it. The reason behind starting this new drug is the ever-lasting quest for something to help control my external/skin symptoms from the inside.


I have tried about every topical steroid and anti-inflammatory cream possible to help control the rashes and Gottron’s Papules to little avail. We have tried drugs including Plaquenil and Dapsone with no luck, so now we try Cyclosporine.
If this medication does the trick though, it would not be a “forever” drug. It would just be taken to hit the reset button on my external symptoms and then discontinued. We discussed it [hopefully] not being taken for more than a year.  I should also notice if it’s doing anything in about 1-2 months.

Dr. Grandits also said that she has another patient who has had success with taking Cyclosporine and Dapsone together. Another with IVIG and Cyclosporine… I am not a fan of going to IVIG route unless my life literally depends on it though, so we’ll cross that bridge if we even get there.

I only made it to about 2 weeks of the initial trial and started to get horrible headaches. I also ended up getting another cold, so I discontinued it all together, since I was too sick to get in to check my blood pressure at the time.

After getting off of the Cyclosporine though, I noticed that there was a dramatic improvement in the Gottron’s Papules on my hands. Major improvements! More on this in a second…


11/17/16 Labs: Since it’s the end of the warmer months, I had Lyme disease bloodwork done because you know, I’m paranoid and Dr. Grandits gets that. Haaha! I also got my flu and pneumonia vaccines and we ran my ANA labs as well.

Since May, my MCH and MCV have both been high, and my Red Blood Count and White Blood Count have been low. This past check-up showed that my ALK Phosphatase was also low.

I asked Dr. Grandits about these trends and they’re all due to being on immune suppressants. The cells get larger due to the drugs and that makes them slow and stay in the bone marrow or blood stream longer. All of these things made perfect sense to me in November, when I originally wrote this, and now I have no idea what I’m talking about.

My Glucose is also back in the 80s!Labs are good. No liver, kidney, or blood cell count abnormalities except a mildly depressed white cell count.
The immune testing shows my ongoing positive anti-nuclear antibody, otherwise normal complements and remaining antibody tests are negative.
Lyme is negative.The thyroid is normal.
The muscle enzymes are completely normal for LDH, aldolase, and CK.

On the dermatology side of things, I’m on an antibiotic to help with a steroid rash that just won’t fricking go away that keeps creeping up from my chest to behind my ears. It is finally starting to get better. Thank goodness.

Other than that, those 2 weeks of Cyclosporine really helped to calm things down a little, so I am tremendously thankful for that.

So, onward to the present day!


I met with my new rheumatologist a week ago and I was so impressed by her knowledge about my “case” and touched by her empathy for the journey that I have been on, moments of heartache and frustrations and all that has been the past 7 years. Since dermatomyositis has just become a part of my life, I often forget the road that my husband and I have traveled to get to the place that we’re at today.

In this initial appointment with Dr. Meagher, we ran through the quick and dirty of all the trial and error, causes and unknowns, tests and specialists. I was impressed by my own level of calm, yet reflecting on it just hours later brought out a little lump in my throat.

One thing that Dr. Meagher made clear, was that she loved Rituxan, and I agreed! She is concerned with the effects wearing off before getting another infusion, so she would like for me to plan on getting the infusions every 6 months.


As of my last infusion, my insurance said that I was approved for one year, so hopefully I won’t have any trouble getting this next one underway. I got an awful stomach bug over the holidays that I’m still working my way back from (read: exhausted and in bed by 7 every night). She wants to make sure that we get the process started with the infusion, just in case what I’m feeling isn’t the effects of my immune suppressants, but the Rituxan infusion wearing off.

We’re also going to see how this next infusion goes before attempting to try Cyclosporine again. She said that there isn’t a ton of research about the use of Methotrexate, Imuran (Azathioprine) and Rituxan together, let alone adding Cyclosporine to the mix. So, she’d like to see if we can really get on a roll with Rituxan and let it continue to do it’s magic.

Since I was just in, we just checked a couple of labs including the TB test for infusion approval. Everything looked good. 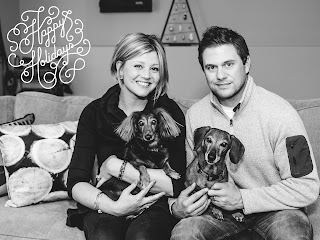 So, hopefully the next time I check in, I’ll be getting my 3rd round(s) of Rituxan infusions. I will keep you posted.

I hope that your 2017 is off to a great start!
Thank you for all the love and support that you have shown me and Brad over the past 7 years.