Greetings from my personal Snow Globe!

I write today from my little igloo, 2 feet of snow in my driveway and a husband out of town.  My brother in law will be here to plow a path for me later today, but for now I just enjoy some couch time with the pups and a lovely view. 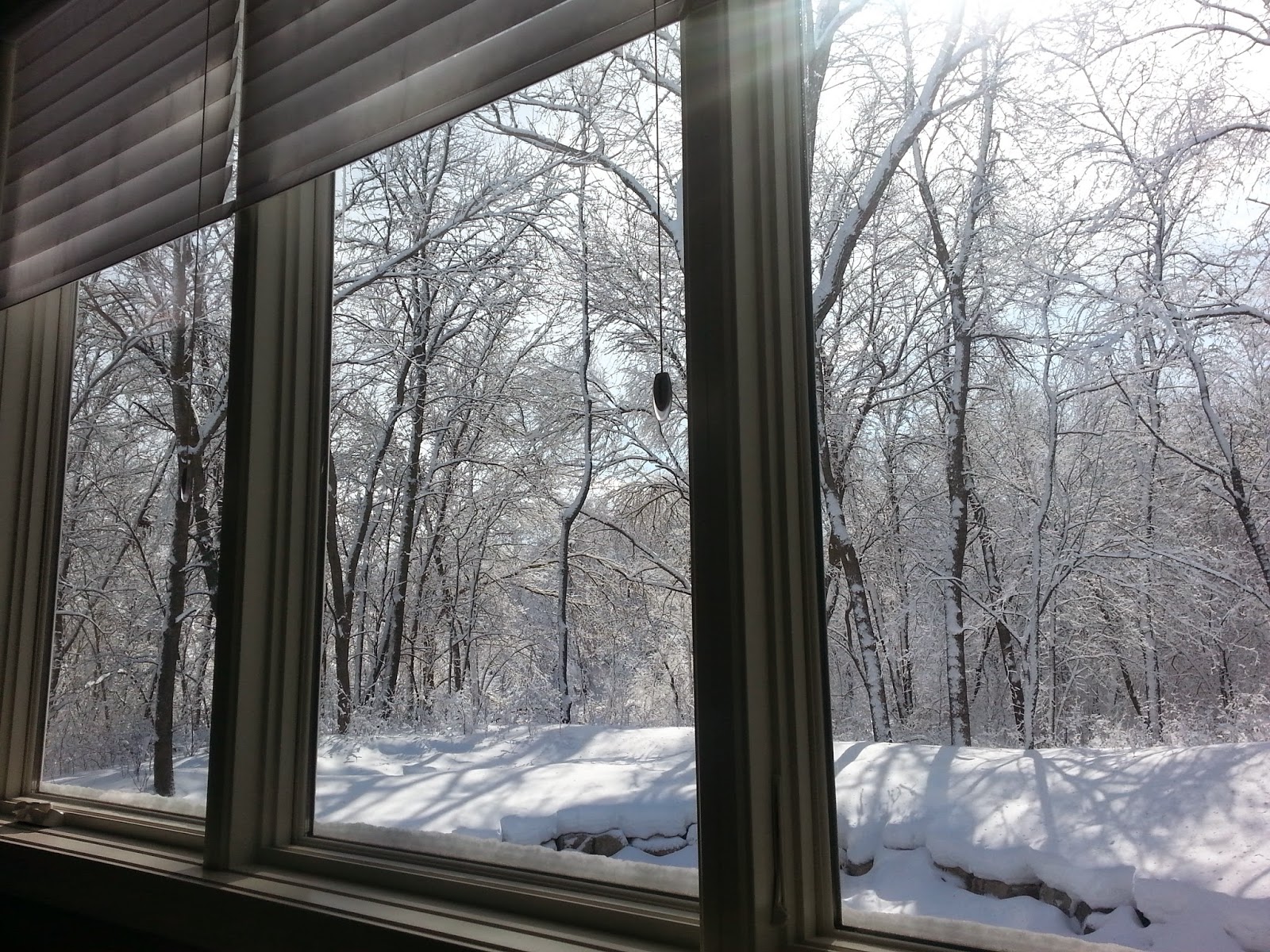 The photo doesn't even do it justice.  It's sparkling and magical.
Each snow covered branch, even the tiniest twig is glowing under the sunlight.
I feel so lucky to be able to enjoy such an incredible display.

On that note, I will cut right to the chase!  The holidays were wonderful, but I barely managed to keep my health in check.  I was exhausted beyond my control, but I survived with a handful of memories for our new home and was still able to thoroughly enjoy the season.

At my most recent appointment I was in a panic over increased fatigue in my upper arms and thighs and slightly labored breathing.  As per the norm though, my labs came back showing nothing alarming.  A terrible cold the following week relieved me of my fears that my lung function was in jeopardy.   If in the next few months my strength doesn't improve, we'll do another MRI or even a biopsy to be sure there isn't something going on under the surface.

Recent lab work:
No liver, kidney or blood cell count abnormalities.  LDH is high.
The immune tests show the ANA remains positive, the titer is down to 1:160 from 1:640 so less activity which means medications are working.
The remaining antibodies and the complements are normal.  The inflammation markers show a normal sedimentation rate, which in my case this has always been normal so it does not help us determine how I'm actually doing.
The C-reactive protein is elevated and does fluctuate with the disease symptoms, it can also be up for other reasons like a sinus issue (which I was just beginning to experience at the time of this blood draw). 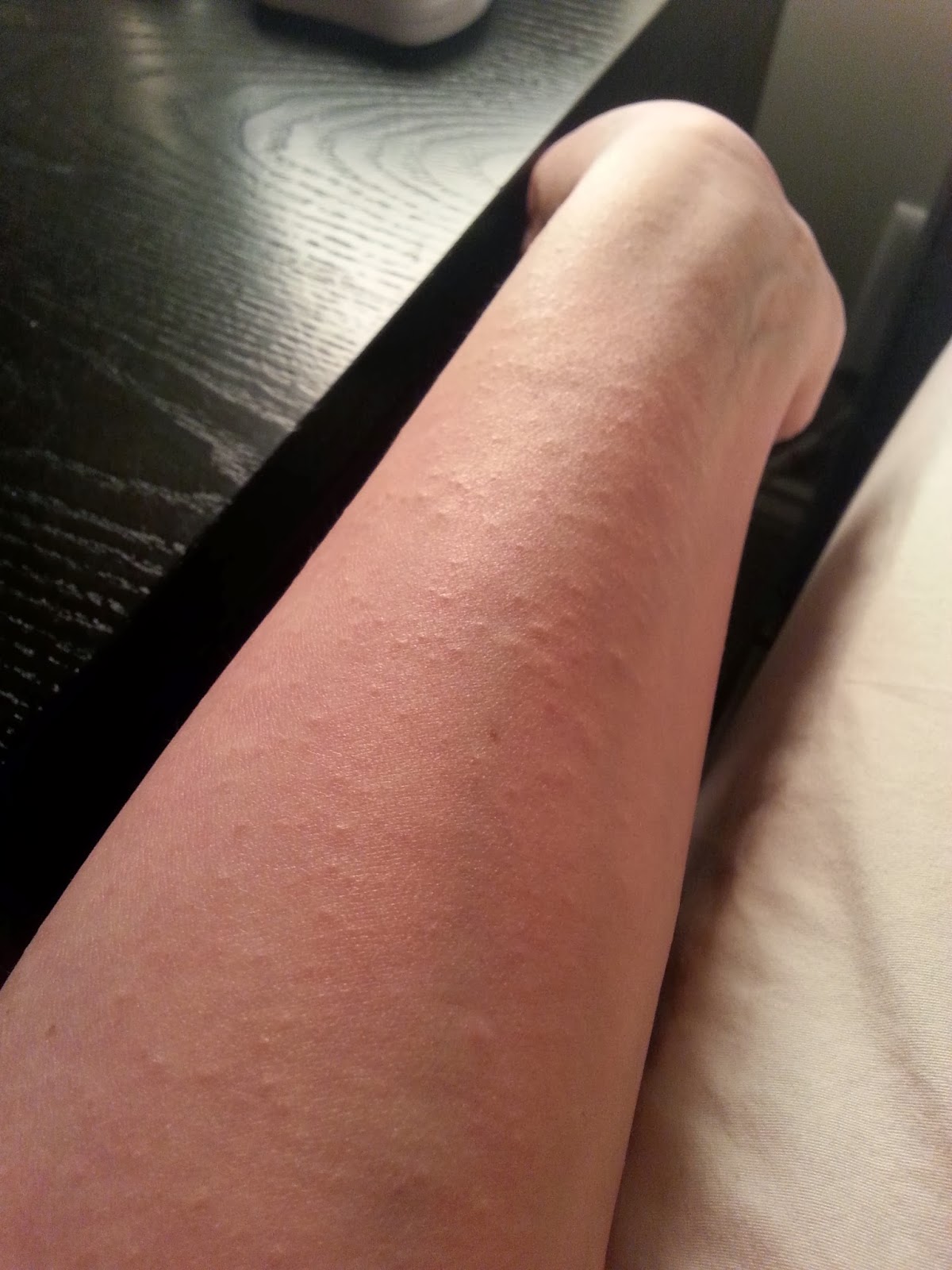 I also had a check-up with my Dermatologist in the past month.  The appointment couldn't have come at a better time as my arms were in a full flare for her to see. Oh goody!

Dermatomyositis (DM) is very similar to Lupus in that it can not only bring the beloved Gottron's Papules which I have shared before, but a slew of skin reactions to various and often random things.

Most recently I have been reacting to hair products, causing blister-like bumps around my hairline and on my neck.  I have also gotten horrible tiny sores on my forearms from hand soaps and even ultra-sensitive face moisturizer.  So weird.

A quick side note: I almost forgot to tell you about my little friend... yeah right. This friend is an A-hole who goes by the name of "Wart" and he will not get the hell off my foot.  I have had 3 laser treatments and even a small surgery to remove him, but with the immune suppressants that I take, he will not go away!  He laughs at banana peels, duct tape, and salicylic acid.  I could cry.  I just want a damn pedicure.  Hopefully he will be gone by my next update.

Because of the increase in skin symptoms, I have decided to go back to the injectable Methotrexate (MTX) since I now know that it is better absorbed into the system.
To [hopefully] avoid the shot anxiety that I had before, I have established a new routine for shots. 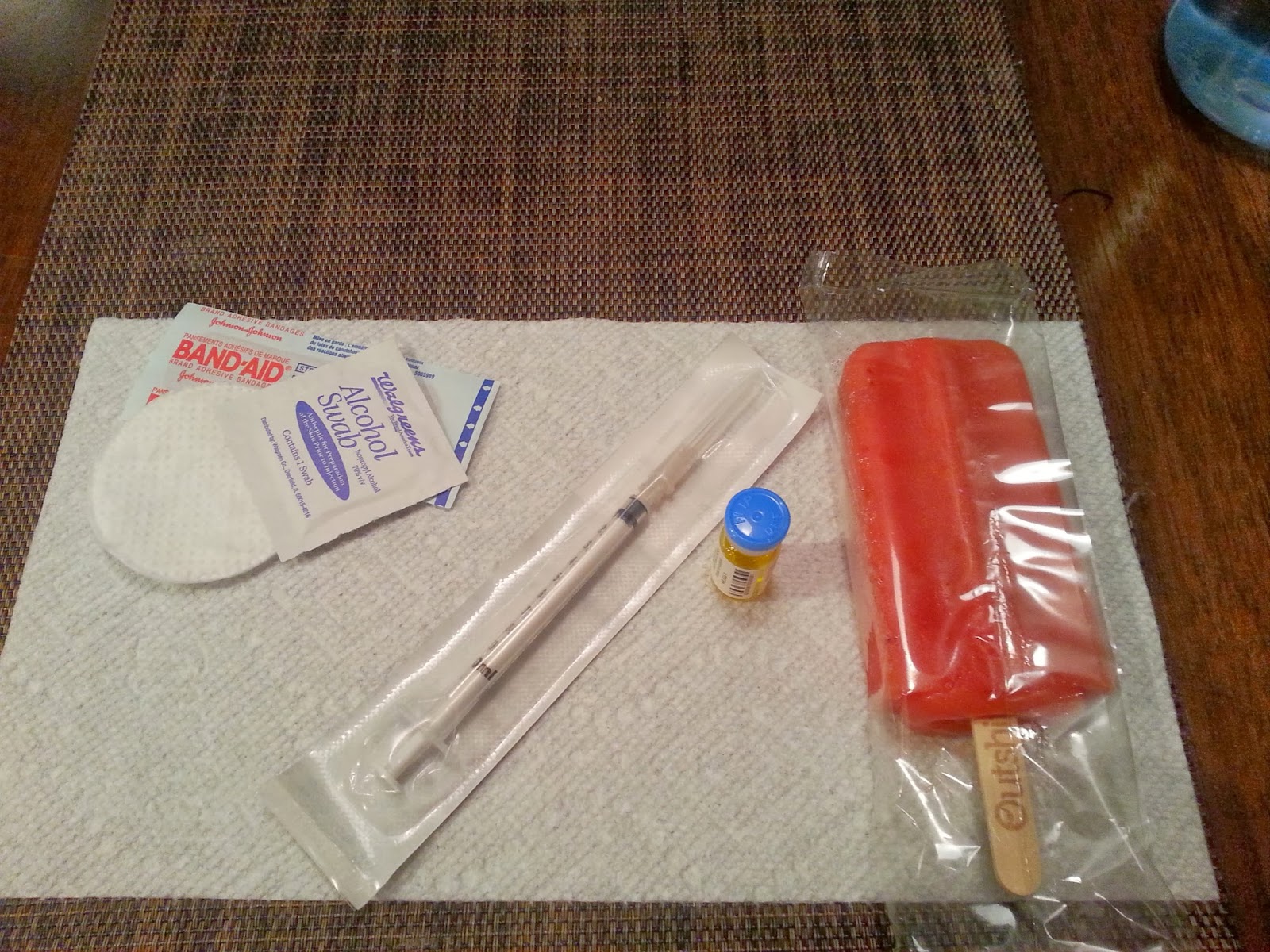 So far, so good!  I have a few weeks under my belt and I am not freaking out quite yet!

My Dermatologist also gave me another topical cream to apply to the sores that I have been getting on my face.  It's called Desonide 0.05% and it works like a charm!

If things continue or get worse, my Dermatologist said that we can do some official skin allergy testing, since some preservatives and aromas can aggravate auto-immune skin conditions.  I have found though, that if I just stick to my beloved Aveda hair care products, that the reactions around the hairline subside or are eliminated completely.

Aside from rashes, a few sores and a little panic, I'm doing pretty great.  Might not sound like it, but you probably know by now that I wouldn't lie to you.  I have been so damn busy that I haven't had too much time to focus on my symptoms; so although my body hasn't been feeling great, I have been able to move my focus elsewhere, which is a good thing. 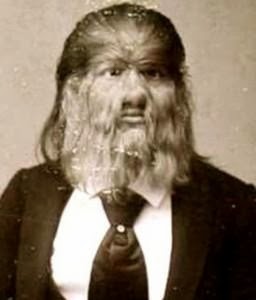 In case you needed a laugh today, I recently Googled something related to "Dermatomyositis" and when I switched over to the images offered, this is what I saw...

I never realized that Hypertrichosis was a symptom of DM (It's not, Mom - I'm kidding!) but apparently if my current job doesn't work out, I may have a future in the "Bearded Lady" business.

Look for me in a circus ring near you!


Hope that you're all safe and warm today.  As always, thank you for supporting and loving me.